By Queens of the Stone Age 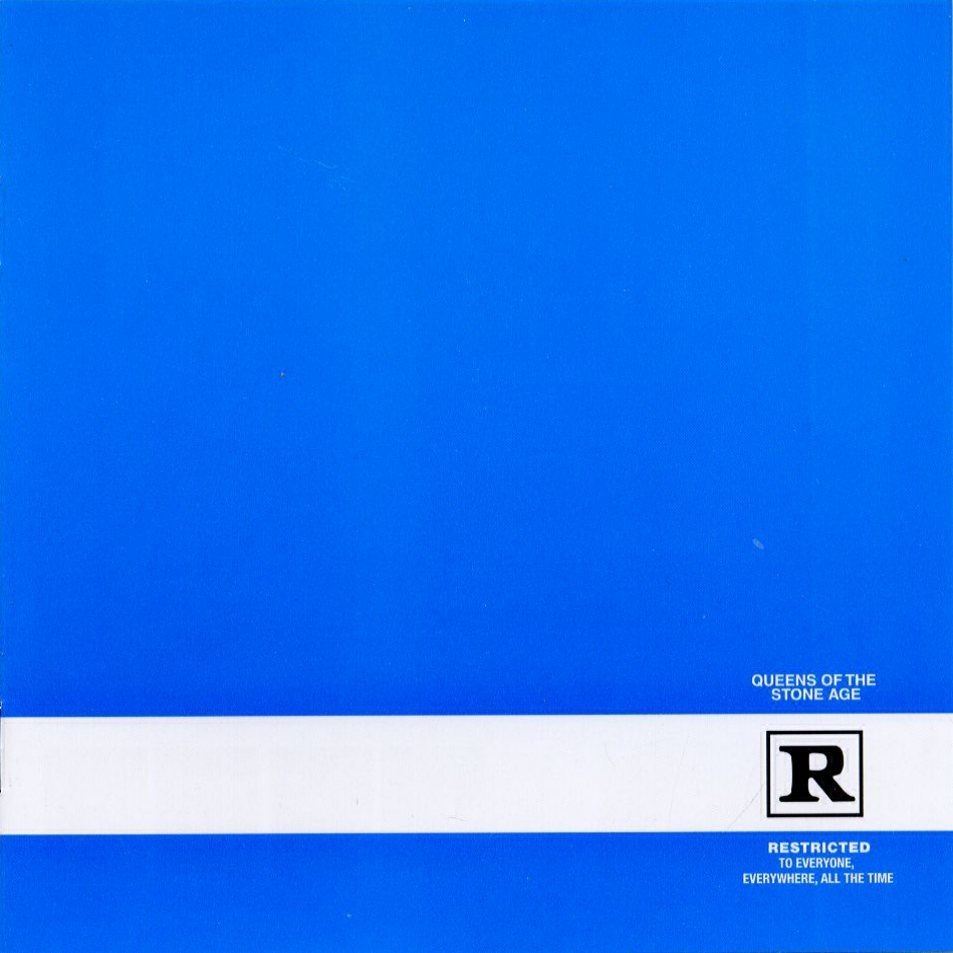 This album is strange to me, but not necessarily for the reasons, others may think.

I got into this album, after falling in love with the follow-up, Songs For The Deaf, but even though I enjoy this one very much, the repeated listens opened up for the flaw with this album. Not that it's a total deal-breaker. Because on the surface, you can't really go wrong with Queens' sophomore hit "album" (More on the quotes, later).

After a very promising debut by the "band" (i.e., singer/guitarist/bassist Josh Homme, drummer Alfredo Hernandez, producer Chris Goss and nobody else), this record was the beginning of the (now real) band broadening their horizons. And those drug-inducing songs, they brought to the table, were amazing.

From the über catchy opening duos, Feel Good Hit Of The Summer and The Lost Art Of Keeping A Secret, to the more epic-sounding Better Living Through Chemistry, and ending on a totally mindfuckian affair, that is I Think I Lost My Headache. If you were to describe these songs, they are basically lyrics of different drug trip experiences with music in the background.

Speaking of that, Josh played with a heap of musicians on this release with prominent bassist/screamer Nick Oliveri, baritone eating-cigarettes-for-breakfast singer Mark Lanegan, musical chair (Drummer Seat Edition) participants Gene Trautmann and Nick Lucero and loads of other guest musicians. The musicianship is definitely tight with plenty of heavy stonerific riffs, played through a overwise non-heavy thin guitar tone (How Homme could do such a majestic thing, is still a mystery to me). There was really nothing like it, at the time, unless I'm the ignorant one, here.

However, as I've alluded to, earlier, it is not without some few flaws, mainly that it is more a collection of songs, than a cohesive album. The flow, from songs to songs, isn't very natural. Like going from the atmospheric Better Living Through Chemistry to the wacky Monsters In The Parasol, or ending In The Fade with a reprise of Feel Good and then to Tension Head. Part of the reason for that is that Queens didn't really had a staple lineup in the studio, as members would switch instruments or being replaced in-between songs. It also doesn't help the flow that two songs are reused from Homme and Oliveri's different side projects. Songs for the Deaf had the same kinda problem, but that album worked much better with its transitions. The production is also a bit too light for my liking.

However, even with the small issues, it's still worth a listen. If you can hang with the small lack of cohesion, you'll find a surprising rock album with a dash of Desert Rock and hints of heavyness. Most Recommended

Tunes for the playlist: Better Living Through Chemistry, I Think I Lost My Headache, In the Fade, Tension Head, The Lost Art Of Keeping A Secret

Filler for the black hole: None, really.

The hidden B-sides: Ode to Clarissa, You're so Vauge, Born to Hula