...And Retooling for Albums - Load/Reload by Metallica

If Load and Reload was one cohesive great album... 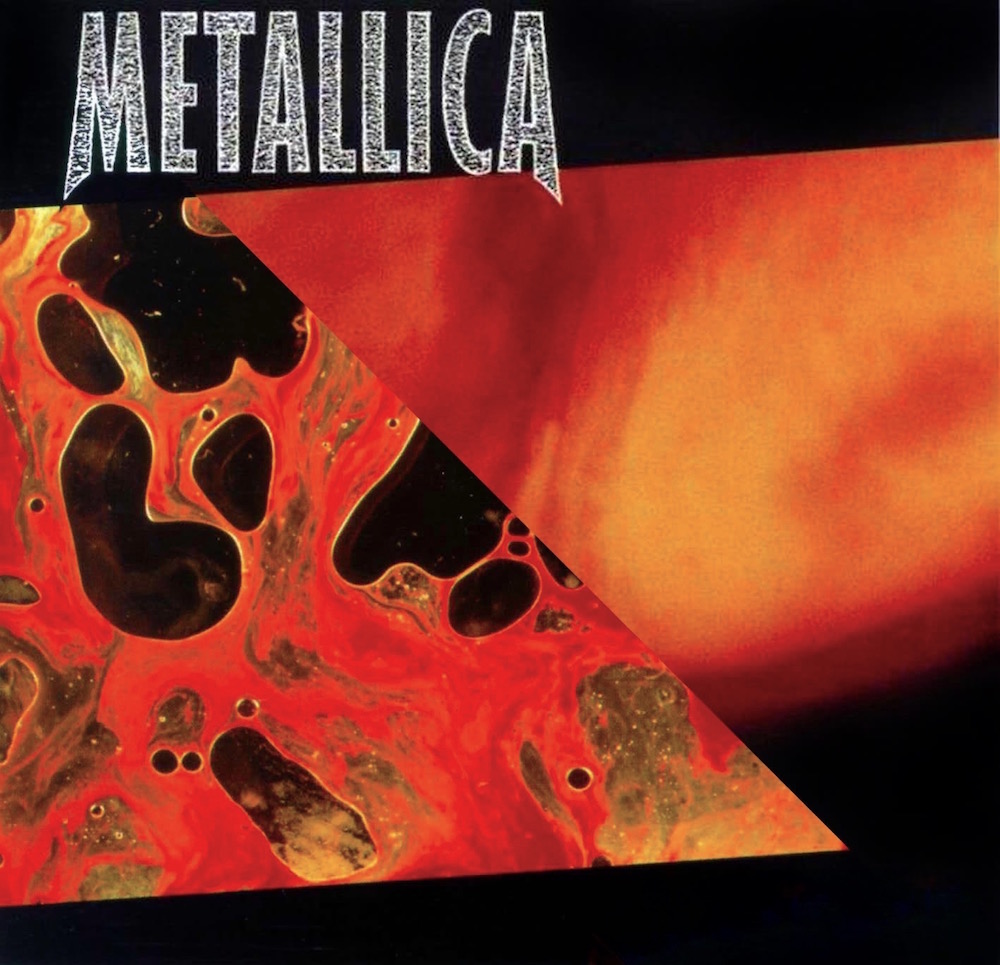 ...far from an original idea, I know, but fuck off.

Yeah, not really getting many agreements with this opinion. Or maybe I will. It really depends on what circles you present it to (So definitely not to my very opinionated dad and uncle. Can you tell how I got it from?).

But I like Load. I think it's a pretty good rock album. Yeah, it's not so much Metallica, as it was Rocktallica. Yeah, I'm still unsure, if it was the right move for the band, at the time. Yes, Lars and Kirk taking over on the image front resulted in some of the band's worst photo shoots and album covers. However, the music itself with it's more bluesy and rock-oriented style is not very bad. It kinda reminds me of the small period, where 80's glam metal bands tried adding more blues to their music. Only, this time with Metallica, they were also influenced by the alternative rock scene of the 90's, resulting some very much Alice in Chains, C.O.C., and Kyuss-inspired songs like The House Jack Built and Bad Seed.

But yeah, Load was good. Reload? Less so, and this has more to do with the original concept of the two being packaged as a double album (Which has worked "wonders" for other bands in the past. *cough G'N'R *cough Use Your Illusion *cough). As such, both albums suffer from the dreaded filler. We don't like that in this house, so something must be done to salvage this piece of music.

So I, like so many Metallica asshats before me, has decided to re-edit Load and Reload, from a double album to a single album with a better track-list. An experiment to turn a good album and it's inferior semi-follow-up into a great album, that stands on it's own.

To begin, we must give it a new name and cover to represent itself properly. I like the name MotherLoad and its cover: 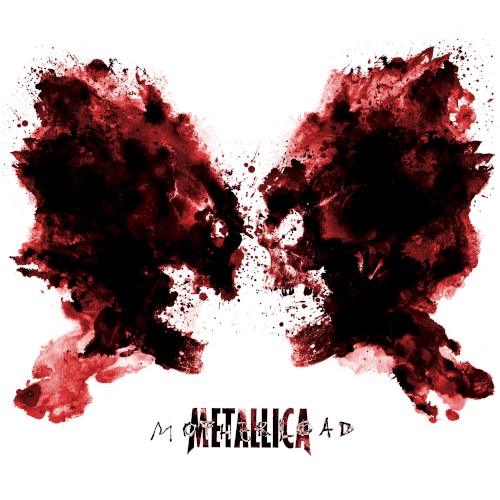 Yeah, I took the cover and name from a different Metallica release. It fits. Bite me.

As for the track selection, we're going to cut 15 tracks of the avaliable 27, as we need to fit the album on one CD. I think 12 tracks are enough for the album. Also, I took the 3 longest songs, which takes a lot of space on the cd. And the cut tracks are... 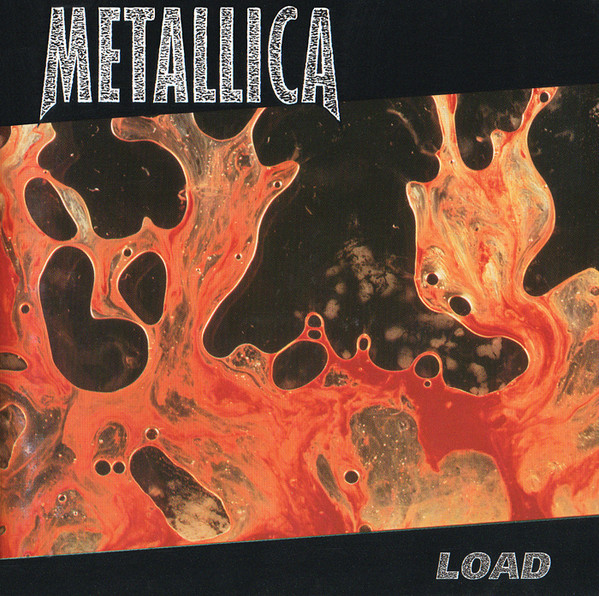 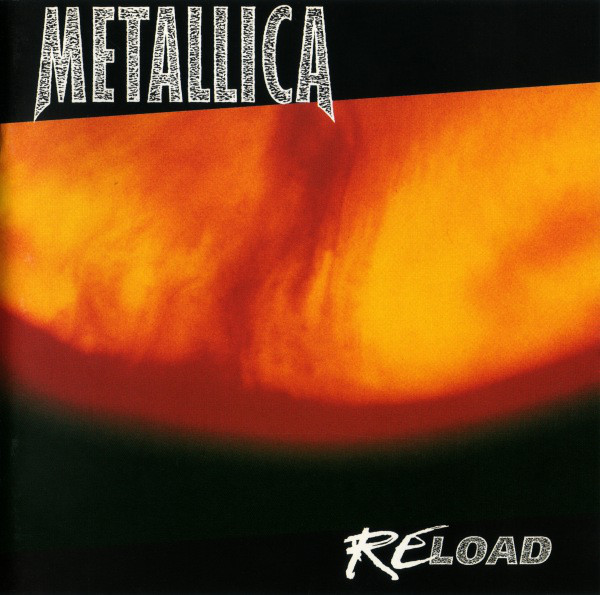 I don't wanna hear any bitching and moaning about Fuel not being included. It's overplayed, it's shit, it's not very interesting, and it really doesn't have a proper place on this revised tracklist. Same goes for some of the excluded tracks, like Hero of the Day and Devil's Dance, that I do enjoy very much, but I do have a plan for them, later on. As for GRAMMY Award Winning Hard Rock Perfomance of 1999, Better Than You? Be honest. Who remembers this song??? This "award winning" song never had a video, never was released as a commercial single, nor was it even played live by the band. The only thing, it has going for, is proof that the Grammys gave apologies in the form of awards to Metallica, in responce to the 1989 Jethro Tull scandal. But I digress.

Now, Load and Reload have only two opening tracks to choose from. So I chose the good one from Load, Ain't My Bitch. A fun song to start off with, and a good opener to showcase this ride. Well, only if we can ignore the lyrics. Not that it's bad, but only because it gets hella more depressing from here on out.

From there, we go to the first single off Reload, The Memory Remains, and the sequence here with the first couple tracks flows so much better than with Bitch and 2 X 4. And Memory works great enough to be second track. A solid riff to follow Bitch up, but the lyrics also create a thematic connection. Whereas Bitch was about not giving a damn about other people's problems, Memory goes on observation mode, and it's all about prima donnas and celebrities fading away into obscurity, and them desperately clinging to their past glory.

And the last fading backing vocals in Memory hold hands with the guitar intro on The House Jack Built, or as I like to call it: The Song that AiC could have built. Small intro building up to the sudden dark riff that takes all the attention. I think that it works better now, when 2 X 4 is swapped out, because Jack has it's perfect slot on the list. We start off not giving a damn about others, to then observe their fears, which in turn reminds us about our demons, you know? Let's get as uncomfortable as possible and look at our own fears.

Moving on from that, Until It Sleeps and King Nothing retains their spots, as do all songs off Load, aside for two. Not much to really say here. But with Memory, House and Sleeps, we're also starting to create a 3-song pattern, here. First song is a standard rock single, second song is a more heavier and in some ways more uncomfortable song, and finally, the third song is the more mellow single, which just happens to be the typical forth Metallica ballad on each Load records.

So with Nothing, the pattern has been reset, and we follow Nothing up with Carpe Diem Baby. A very underrated track, which really doesn't get played enough, and it has that dark, twisted feel to the riff of the chorus. And the sudden end of that tune is right at home with Unforgiven II.

It's about now, we break free from the pattern with Cure. Cure is just here as a breather, even if it's a heavy one. Because we have the lone Jason Newsted track that is Where The Wild Things Are. It's sort of an odd one, with the unorthodox guitar intro and Hetfield's layered vocal delivery. Truth be told, I wasn't very into Wild Things before doing this, but it's definitely growing on me.

Now, I'll admit that putting the three longest song on the end of the album may not be the best decision on this journey. It kinda throws you on a loop, as these songs feel and sometimes sound quite similar to each other, so the balance is not very stable. However, after listening to the order, a few times, and coming to the conclusion that they need to be on the album, I felt pretty good about them forming a kind of suite, together.

So we start off with the first part of this somewhat accidental suite, Bleeding Me. A song about a person's struggles with cutting the bad habits from his or her life, and trying to do better. It's a song with many emotions from Papa Het, himself, as his lyrics and vocals go all at it.

This is followed up by The Outlaw Torn. A song about the loss of late Metallica bassist, Cliff Burton, and how Hetfield has to deal with the loss. An absolute favorite here. For this retooling, I'm including the version with the fade-out that was on Load. There is also an uncut version of Outlaw, if you want that instead, but the fade-out is a perfect lead-in to the final track.

And for the final track, there can be but one Fixxxer. For my money, the only potential closer on this album. And while Outlaw is indeed great and belongs here, no matter what, it was more of a closer for part one and not for the whole package. That's Fixxxer's job. But both songs do belong together in this unit. Doing the making of this track-list, I looked up on other fan's Load configurations, and this duo was either on opposite ends on the set, or one of them was left out, because of the two feeling too similar or something to that effect. That won't happen in my world. With Fixxxer, we conclude this 3-parter Hetfield epic suite, as well as the track-list for MotherLoad.

And now for something different...

Yeah, I talked about leaving some good songs off MotherLoad. Well, this is my idea for those leftovers. A 6-track EP called Beyond Loaded, similar in style to Beyond Magnetic, which was an EP of outtakes from the Death Magnetic sessions. Like I stated earlier, I thought the songs didn't fit in the main album, but I also didn't wanna leave them out entirely.

So, we had 15 leftovers from the main album. Let's get the 6 tracks for this EP.

Still no love for Fuel? Good. The remaining singles from Load has been included, as has four other note-worthy songs.

And now for the sequence...Again. (Track-by-Track)

We start off with the first two tracks from the Load sessions to be ever played live. 2 X 4 and Devil's Dance. I like the former for the jamming in-your-face riff in it, and it debuted first. And Devil's Dance has just the groovist and meanest bassline to beat all basslines ever (With honorable mention to the absolutely wicked guitar tone). With this duo, we establish how Load and it's rock direction started out. It's like a situation to another Metallica song, Lords of Summer, as it was the first song from the Hardwired sessions that debuted live, but didn't make it to the final setlist of that album.

Then, we have a single as the middleman/bridge within the EP that connects everything together. Hero of the Day is a very good song on this spot, because it starts off light and soft in the intro and then it gets heavier at the end. If we want it to reflect the setlist a bit better, we could reverse the order and have a light top and heavy bottom on the EP. But I chose to have the rocky attention-grabber tracks first and then show people the softer side, at the end.

And the last two? Just like how MotherLoad has the three longest songs, Beyond Loaded has the two softest songs off Load and Reload. The two most un-Metallica-like songs ever, but good songs in their own right.

UPDATE (Sep. 1, 2021): I decided to include Better Than You as the last track. Mostly as a fun lol to the whole thing, but also because it made more sense to bookend it with a rocker than some weird hurdy gurdy ballad shit. 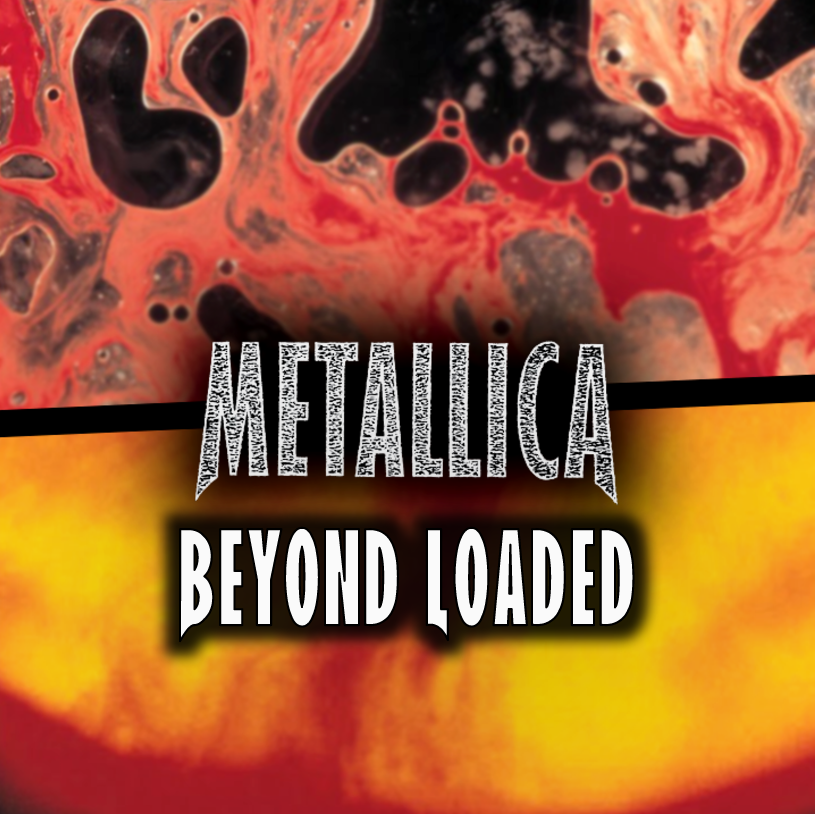 I gotta say, I'm pretty pleased with how these two turned out. Also, it's a fun challange to do. It really gets you in a creative space of editing. What's important for the album? Should it be a single cd of all the "highlights"? Should it include all of the songs? Should the singles be spread out equally, or should one of the parts of the album be more extreme and different? How about B-sides? Any leftovers for those slots? Ultimately, everybody has an opinion, and while I disagree with Metallica's choice of putting two albums out instead of just one, they at least made their choice official. And that's great. It's something for us fans to talk about, to listen to, to love, to hate or just to be indifferent about.

It also gave me a reason to make this. And also to air my dislike towards Fuel, so it works in the end.